am enjoying the sultry summer political circus as much as any naturalized American citizen who served in the Navy for four years and never fudged on his taxes. In fact, I have begun working to overturn Section 1, Article Two, of the United States Constitution which stipulates that the U.S. President must be born in the country. Given what I am hearing on the campaign grunge circuit from politicians who are unwashed, unread and unready for the position, I think I would have a chance.

After all, I worked in a steel mill to pay for my college. I eventually earned a PhD. I built an addition on our house for my dear Mum, God rest her soul. I have done business in twenty countries, including Romania. While with Scientific American Magazine, I had a conversation with the Chinse Minister of Science about the origins of man. I have traveled extensively to Mexico to work with business leaders who have no interest in sneaking into America. I have saved puppies from the pound. I saved my ship caught in a wicked Pacific typhoon while in the Navy by relentless fingering my rosary beads. I have given many pints of blood during ship visits to Hiroshima and Nagasaki. I am currently taking Mandarin lessons, building a digital business, and volunteering at our local Meals on Wheels. And I follow Pope Francis on Twitter.

My platform is simple: I will work with indigenous populations throughout the Americas, with Christians and especially my Catholic brethren, and with organizations such as the American Council of Churches, to lobby the Vatican to rescind the 15th century Papal Bulls called the Doctrine of Discovery that gave permission to the European nations to colonize, convert and kill native populations in the Americas and elsewhere. I have asked the Pope for a few minutes of his time when he is in New York City to press this case.

This mission began with absolutely no political intent. I was minding my own business doing research for an historical novel tentatively titled “Chanting the Feminine Down” about Papal and Vatican mischief in this period. I found myself reading about Portuguese Jesuits, heavy crucifixes banging against their chests, scampering up the sandy beaches of Brazil into the arms of the naked Indians who they proceeded to convert, rape and kill in no particular order. Meanwhile, the pious Vatican theologians were meeting in Trent, Italy, to bang out the doctrine and decrees that would define the modern Church.

I had stumbled across the Doctrine of Discovery in living color, courtesy of Pope Alexander IV in 1493, a blessed and legal rationale for subjugating the Americas and any untouched peninsula on the globe that might have been populated by worshippers of icons or, God forbid, those who had polytheistic tendencies. Christopher Columbus, buoyed by saintly advice in 1271 from Church Father Thomas Aquinas that non-Christians should be exterminated, set sail on his magnificent voyage under this onerous doctrine.

Given all the political chatter about building our own Great Wall of America, searching house-to-house for illegals, and tearing the guts out of the 14th Amendment, I thought it would be useful for all Americans, especially my nativist Christian brethren, to understand that our forefathers from Spain, Portugal, England, the Netherlands and France in particular essentially used this Doctrine of Discovery to plunder and dehumanize the native populations in the name of Christ.

I thought I had a fair understanding of this period, but I was shocked by the implications of this Bull down to modern times. In 1823, the U.S. Supreme Court under Chief Justice Marshall cited this doctrine when it declared the United Kingdom had rightly taken title to the lands under this doctrine of Christian discovery. The United States in turn acquired this right of dominion from Britain. As recently as 2005, Justice Ruth Bader Ginsburg cited this precedent in ruling again the Oneidas nation. The Doctrine of Discovery has been cited by the courts numerous times between 1823 and 2005. 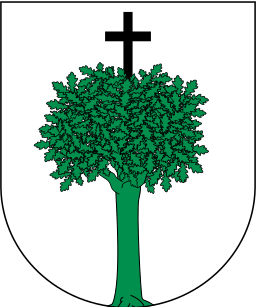 Under this doctrine, the native populations had the right of occupancy, not ownership. They had no right to sell or transfer property. It is small wonder that the United Nations and other organizations have pushed for the repudiation of this doctrine, which is fundamentally inimical to the teachings of Christ. The Vatican has said in effect that the Church’s recent history is evidence that it no longer adheres to this Bull.

Various indigenous groups have argued that the Doctrine of Discovery should have been declared unconstitutional years ago because it is based on “prejudicial treatment of Native American people simply because they were not Christians at the time of European arrival.” The courts have been unwilling to open this can of worms, even though it strikes at the very heart of the church/state doctrine.

With Pope Francis’s trip to America on the horizon, there is a new push from nuns and lay religious women to encourage the Vatican to overturn this doctrine. They have company. The Episcopal Church has repudiated this doctrine, as has the United Church of Christ. Canada’s Truth and Reconciliation Commission is considering appealing 15TH Century Papal Bulls. Such a decision could strike at the core of Canada’s sovereignty over the land. And that scares the hell out of everyone.

Pope John Paul II, now a saint, apologized to indigenous people in 2000 for the way the Church had treated them. Pope Francis could go farther and rescind that infamous Papal Bull of 1452. Over the centuries, the Church has not been reluctant to declare doctrines they disapprove of as heresy and anathema. This Bull begs for similar action and humility.

A Vatican repudiation of the Doctrine of Discovery is not likely to unravel centuries-old law, but it would have profound moral, religious and political implications. Indigenous peoples would likely gain some legal advantages in the cases still hanging fire. Christians might at least ponder that the Americas were discovered, settled and plundered under the sword of a warrior God who bears little resemblance to the Biblical Christ. And politicians might be more reluctant to play that pernicious immigrant card, calling out their fantasy rapists and criminals when our Christian forebears engaged in this very behavior under the Vatican shield.