followed with some fascination the debate in the Tennessee State Senate about a bill, approved by the House, to make the Bible the state’s Official Book, alongside other native symbols such as salamanders and tulip poplar trees. The Senate, perhaps learning from Indiana’s disastrous Religious Freedom Restoration Act, sent the legislation back to the House committee, where it might find new life in 2016. One state senator remarked that Satan, who likes this kind of mischief, can almost be heard snickering in the background, emboldened by the Senate’s potential folly. Apparently, the senator voted against the bill, not based on the Establishment Clause, but because he wasn’t about to give the devil something to snicker about. In this instance, the devil didn’t make him do it. Now this kind of biblical literalism is hardly surprising in a state smack in the middle of the Bible belt. But American Christians in general often accept biblical events as literal truths. The Immaculate Conception, the Virgin Birth, and the Genesis story speak to many Christians as literal truths. The Roman Catholic Church where I hang my hat has enshrined the first two of these truths as infallible doctrines that cannot be disputed. Modern Popes are less likely to excommunicate the faithful, declaring them heretics and their thinking anathema, but those pronouncements still reside in some dusty cupboard in the Vatican, waiting for a change in regime. Burnings at the stake are decidedly on the back burner. The Christian religion seems to be very much with us these days in the public space with erstwhile defenders predicting an Armageddon of one kind or another. Social media has had requisite fun with how much attention we have given to the pizza parlor that would not deliver pies to a gay wedding but little to the Coptic Christians who are being slaughtered by ISIS in North Africa. One reason might be geography and distance. Another might be an incessant need to personalize and literalize the offence, making it manageable and close. Like the good Tennessee senator, American Christians tend to literalize their religion, perhaps because it has not undergone the rough-and-tumble biblical exegesis that is a hallmark of the Jewish religion. In that spirit it is not too early to begin contemplating the ongoing War on Christmas. As the late psychologist James Hillman, a Jew, notes in his “A Terrible Love of War,” in our manners, curses and rituals all Americans are Christian, no matter what houses they enter for worship. “You may be Jew or Muslim,” he writes, “pay tribute to your god in Santeria fashion, join with other Wiccas, but wherever you are in the Western world you are psychologically Christian, indelibly marked with the sign of the cross in your mind and in the corpuscles of your habits. Christian-ism is all about us, in the words we speak, the curses we utter, the repressions we fortify, the numbing we seek, and the residues of religious murders in our history. The murdered Jews, the murdered Catholics, the murdered Protestants, the murdered Mormons, heretics, deviationists, freethinkers… Once you feel your own personal soul to be distinct from the world out there, and that consciousness and conscience are lodged in that soul (and not in the world out there), and even the impersonalized gene is individualized in your person, you are, psychologically, Christian. Once your first response to a dream, a bit of news, an idea divides immediately into the moral ‘good’ and ‘bad,’ psychologically you are a Christian. Once you feel sin in connection with your flesh and its impulses, again you are a Christian. When a hunch comes true, a slip-up is taken as an omen, and you trust in dreams, only to shake off these inklings as ‘superstition,’ you are a Christian because that religion bans non-doctrinal forms of communication with the invisible, excepting Jesus. When you turn from books and learning and instead to your inner feelings to find simple answers to complexities, you are Christian, for the Kingdom of God and the voice of His true Word lies within.” Hillman writes that “you are especially an American Christian when idealizing a clean slate of childlike innocence as close to godliness. We cannot escape two thousand years of history, because we are history incarnated, each one of us thrown up on the Western shores of here and now by violent waves of long ago.” In his “A Terrible Love of War” Hillman states emphatically that “Religion Is War” and traces the roots of martial Christianity back to the 4th century when Constantine became Christian and the Holy Roman Empire followed. That narrative is still hanging fire. Hillman recounts the various generals and the Secretary of Defense 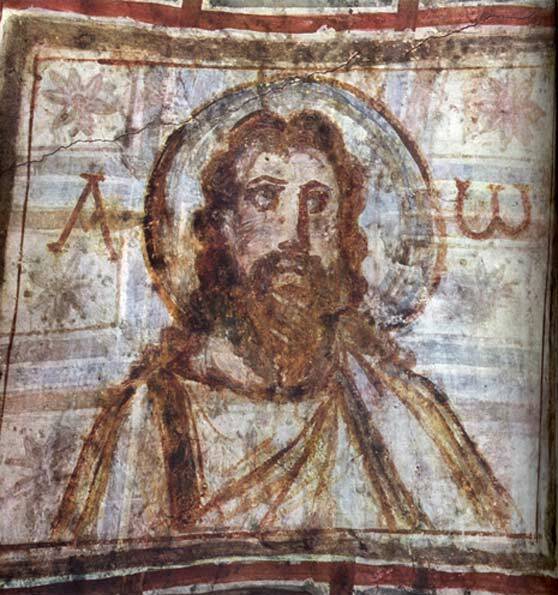 arguing for the Iraq War in blunt, Christian terms, prompting the U.S. government to dismiss any reference to the Crusades to describe this invasion. The same metaphors have accompanied all of America’s major wars. For Hillman, the fact is clear: “Western wars are backed by the Christian God, and we cannot dodge his draft because we are all Christians, regardless of the faith you profess, the church you attend, or whether you declare yourself utterly atheistic.” For much of his career Hillman seemed to avoid the mammoth and dangerous task of psychoanalyzing Christianity. In his book about war he acknowledges bearing “down on American Christianity in particular because the United States wields the most military power and is at the same time the most Christian of all nations. If religion is war, then contemporary America presents a paradigm of my thesis.” He adds that “free-ranging violence and religious sectarianism ride side-by-side through United States history and manifests its destiny since the earliest colonials.” We might want to listen to the voices, many from the Bible belt, calling for a war with Iran, a trumpet sound coated in righteousness, American exceptionalism, and moral imperative. The piety is staggering. Even if we can’t travel with Hillman deep into his psychological hinterland, we might want to reconsider the so-called war on Christians and think about this ground game as a political and cultural fantasy full of cant and opportunism. If there is a war underway, the battlefield is inside Christianity itself.