ope Francis hasn’t even arrived in New York City and I’m having dreams about some cardinal in a very red hat chasing me through Lower Manhattan and hurling theological thunderbolts, thank you very much. That his words are framed in cartoon bubbles and seem to float harmlessly through the ether takes some of the sting out of this bombast. But as a student of Jungian psychology and an avid believer in synchronicity, the connection between two apparently unrelated events, I simple had to stand up and take notice.

I was ready to begin this piece with both guns blazing when I read an account of a Stephen Colbert Daily Beast interview with a representative of the Holy See on why the comic is such a devout Christian. He might poke fun at some church practices and activities but God forbid don’t expect him to go after the sacraments. At first I thought this was a scam, a way to add a few beastly readers to the six million souls who watched his Late Show coronation on CBS. But no, he wasn’t wearing some prickly religious mask or playing the fool. There is actually an orthodox religious line he claims he won’t cross,

I find this a little disconcerting and, even though he acknowledges in the interview Christianity’s violent history, I am already beginning to miss the conservative personae he played so well. My disappointment with him and my concern about the cardinal’s thunderbolts now bubble to the surface as another possible example of synchronicity. Just why did Mr. Colbert get religion at precisely the time I was threatened with religious weaponry? Did I need a Higher Power to slow me down and keep me from possible folly? Is the Colbert/cardinal axis a day/night conspiracy that touches me coming and going as I wallow in a religious swamp I find gaseous and badly lit? Is this axis what my mother meant when she accused me of going from pillar to post as if I was some vagrant horse or an unleashed tennis ball?

Before Colbert showed up, I had been taking a leisurely stroll through the centuries stopping at the various Councils the Catholic Church had held in Carthage, Nicaea, Constantinople, and Trent to resolve matters of doctrine and essential creeds. Everywhere I went, I ran into guys dressed exactly like a certain cardinal, puffed up, overdone and with enormous crucifixes so they could better deliver thunderbolts and anathemas to those who had different views about the divinity of Christ, the Trinity and the mystery of the communion wafer.

These same guys stayed in costume when accompanying the unbelievers to the stake who gave the wrong answer to some tricky theological question. As one prelate asked an English woman before she was drawn on the rack and then burned to death, if the Communion Host falls to the ground and is consumed by a dog, does the animal receive the Body of Christ?

I do understand why the red-hatted cardinal invaded my dreams. After all this Council-hopping and enough theologically tempered dreams to fill my Tumbleweed Journal as I call it, it was inevitable that some ticks from my catechism class would show up. Nonetheless, I managed to finish a novel about a young woman’s search for the feminine impulses in the church. “Chanting the Feminine Down” traces her movement through time, religion and mythology. Our cardinal might not celebrate the riotous pagan company our heroine keeps, a banquet that lays bare a lusty polytheism and carnality of the highest order. I hold out hope that our comic will find some dark comedic material here in this delicious pre-theological swamp land.

To get into their good graces (and get his holiness out of my dreams), I’ve decided to write a musical that focuses on the lighter side of the Christian Crusades and the practice of burning, drowning and beheading of heretics. My theory is that it’s all right to poke fun of and criticize religion as long there is an accompanying Monty Python swagger, plenty of dancing, and show stoppers such as “No Tears in Heaven” and “Them Gospels Burn Me Up.” 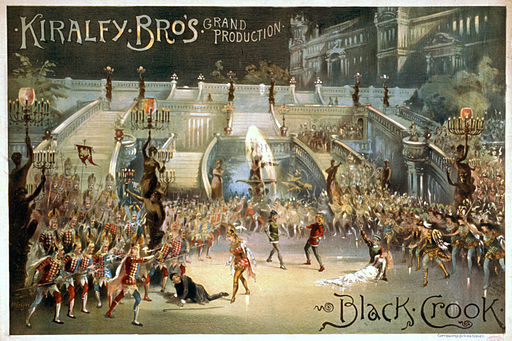 For the last thirty years or so, I’ve been getting my seasonal dose of religion from musicals such as “Godspell,” “Jesus Christ, Superstar,” “The Lion King,” “Fiddler on the Roof,” and “The Book of Mormon.” My “Trent the Musical” will follow in this tradition and focus on the dancing nuncios, prelates, theologians, Vatican insiders, Protestant spies, feminists dressed as priests, Muslims dressed as women, and a few popes Dante lets out of Hell for the occasion. All these worthy who are assembled at the Council of Trent in the middle of the 16th century will sing, dance and boogie through a delightful ninety-minute production that makes light of heresy, papal infallibility, and the number of angels that can dance on the head of a pin.

The costumes worn by the performers will make the vestments worn by the College of Cardinals look shabby indeed.