’m wondering how Flannery O’Connor, a Roman Catholic living in the deep Protestant South and author of Wise Blood, the Violent Bear it Away and other works that dramatize how grace and redemption can be found in the most violent and grotesque of circumstances, would fare today given the constant display of religious literalism and dogma we are experiencing in American life.

A resident of Georgia, she did what few if any Southern writers were able to pull off; satirize and parody Christian fundamentalism in an unsentimental, no-holds barred manner but still capture a religious spirit working its ways through the lives of men and women in ways that still seem a little creepy. If the bulk of her work treads the path of religious literalism and fundamentalism, Ms. O’Connor is always after the transcendent.   When O’Connor was asked about how viewed the Eucharist, the center of the Catholic Mass, she responded: “If it was just a symbol, I’d say the hell with it.” That attitude pervaded much of her writing.

I was thinking about Ms. O’Connor when reading about the shootings in Garland, Texas outside an event that promised a prize of $10,000 dollars to the person who would draw the best depiction of the Prophet Mohammad. Two men who apparently were trying to get into the event were shot by police. At this writing one of these men seems to have some association with radical Islam. The story line is familiar. The event organizers see a threat to free speech. Some Muslims see this as provocation and blasphemy.   For many American Muslims this $10,000 sideshow should be laughed out of town.

I recall Ms. O’Connor “Parker’s Back,” a short story about a self-admitted redneck who got a tattoo of a Byzantine Christ on his back to impress his fundamentalist wife. What he saw as art and a depiction of a harsh Christ that no one, not even her, could ignore, she saw as a monstrosity, a blasphemy, and the surest way to hell. We are asked to believe this rejection opens up Parker to the spirit and perhaps even insight. In the flesh he remains a broken man. 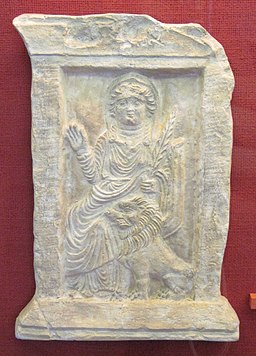 O’Connor’s best novels and stories dramatize religion as a symbolic intervention, something she wants her readers to hold in awe and wonder. Sometimes it works; sometimes it doesn’t. The author was a master of providing a literal narrative, mainly populated with freaks, grotesques, and bible salesmen on the make that provided the sticky, naturalistic detail that makes her fiction so rich. But a work’s transcendence is provided within a rich symbolic framework wherein souls might be burdened, tested and redeemed. That was one of Ms. O’Connor’s greatest contributions to fiction. Despite fundamentalist strains, including Jansenism that shares much with Protestant fundamentalism, at least in terms of moral rigidity, the Catholicism Flannery O’Connor embraced was richly symbolic.   She saw herself as a seer of distances and would likely been as comfortable with the scholastics and the wilderness prophets.

The Christian religion has had its own battles with literalism, blasphemy, and war on depictions of Christ and the saints. After Constantine made Christianity the official religion of the Roman Empire, Christians were quick to destroy statues of the pagan gods that were in abundance throughout the Empire. Early on there were battles within Christianity about worshipping icons other than Christ. Wars were fought over this. The Protestant Reformation was largely about biblical literalism and unadorned, denuded altars. The devout were burned at the stake, drowned, excommunicated and declared heretics for the symbols that they worshipped. It took science, the Enlightenment, and a robust biblical exegesis before Christianity shed some of its old and unchristian habits. That work is still not done.

In another time and at another place Flannery O’Connor might have suffered for her writings even though they found their way to orthodoxy, despite her parade of one-dimensional grotesques. The hard-core religious are rarely interested in literary subtlety. Writing his The Satanic Verses thirty years after O’Connor’s Wise Blood, Salman Rushdie who added three goddesses to the Qur’an who were to be worshipped at Mecca, immediately felt the ire of Muslim hardliners around the globe, with Iran putting up a prize of $3 million for his execution. Eleven countries with substantial populations banned his books. The threat is still hanging fire.

Rushdie’s so-called bastardizing of the Qur’an by adding goddess to the male pantheon has psychological ramifications that Islam shares with Christianity and other major religious: recognition of the feminine principle. The Catholic Church has wrestled with this matter for two thousand years, finally raising Mary to the pantheon in the 19th and 20th centuries, courtesy of infallible papal announcements about the Virgin Birth and the Assumption. This shift was not pushed from within but rather made inevitable by the diminution of the church’s authority and inevitable advances of the secular. In my opinion the Church bought itself a little time. Demographics remains destiny and the Church will not be spared.

Rushdie has implored Muslims to move beyond tradition and understand revelatory events as an occurrence inside of history and not a supernatural sign. As Christianity has learned the hard and bloody way, such major cultural and psychological transformations are not easy.

Flannery O’Connor was not above of dropping a little scripture into a world where righteousness abounds and salvation is assured. “And why behold you that mote that is in your brother’s eye, but consider not the beam that is in your own eye.”

Her main character in Wise Blood is called Hazel Motes. The book announces the establishment of the Holy Church of Christ without Christ that finds itself a congregation.

In order to see her prophet has to pluck his eyes out.

There are other ways.