or a research project, I’m reading around in some medieval texts to help fill in the gaps left by Father Bede and a legion of well-meaning nuns and lay teachers who taught me the history of the Catholic Church. One huge gap is the role of women in 16th century theology. The Catholic and Christian churches have been largely silent on the subject. I read an account of Argula von Grumbach, a 16th century noblewoman, feminist poet and reformer, who in her native Bavaria took on the ruling powers, theologians, and the Catholic Church. She was an early advocate of the Protestant Reformation and met and exchanged letters with Martin Luther. Grumbach did not speak or communicate in Latin, the language of clerical discourse, and called for direct access to God in the native tongue. In her pamphlets and letters, she said that the knowledge of Latin does not guarantee a theologian a place in Paradise.   Her publishers were astounded a woman could be writing such things. Grumbach was well-educated and became a serious student of the bible, sufficient to debate theologians. She seemed to have particular scorn for the Catholic Church, which she claimed separated the laity from God and their religion by the hierarchy, Councils, and over-dependence on the scholastic tradition, such as the works of Aquinas and Augustine. The Church had become an abstraction built on a foundation of man-made mysteries and rituals that were a far cry from the biblical text. The Catholic Church had built an edifice unto itself. She called for absolute equality in the presence of God for all men and women of all classes. Although she agreed to the necessity of the Reformation, she broke with Luther on her insistence that women are equal to men. She suffered the usual accusations from males accusing her of hysteria, anticipating Freud’s revelation that the Greek version of hysteria means womb; therefore, men could not be so afflicted. But she gave no ground, responding with a brilliant biblical exegesis, courage and tenacity. Grumbach came from nobility and that gave her some protection. So did the fact that she was a woman. The widespread misogyny gave her some cover. But these were not easy times. Her parents died of the Bubonic Plague. Her uncle was executed for treason. She was eventually silenced and shunned by her family. But she did not stop writing letters and poems. Argula von Grumbach was still on my mind when I read remarks by Cardinal Raymond Leo Burke that the root cause of problems in the Catholic Church was “feminization.” I was astounded that, in the present age and climate, a high Church figure could be using such language. Then I recalled that this former archbishop of St. Louis went after Pope Francis in a Buzzfeed interview last year. As reported in the Washington Post, Francis “had done a lot of harm ….The pope is not free to change the church’s teachings with regard to the immorality of homosexual acts.” Francis then demoted him to a ceremonial post with the charity group Knights of Malta. Burke changed his seat but not his clerical positions. In a conversation with the New Emangelization Project, with a symbolic crucifix centered over the A in “man,” Burke chatted about the state of Catholic men in the U.S. He states that, regarding the vocation of men in marriage and men in general in the Church, “radical feminism which has assaulted the Church and society since the 1960s has left men very marginalized.” In Burke’s words, the Church had “to constantly address women’s issues at the expense of addressing critical issues important to men; the importance of the father, whether in the union or not; the importance of a father to children; the importance of fatherhood to priests; the critical impact of manly character.” In other words, the heroic nature of manhood has been lost in the Church today and radical feminism is to blame. Burke had spoken to men in the 1970s who said they were scared away from marriage because of this feminine force. 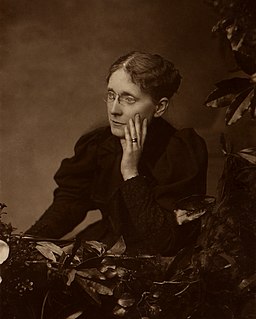 Burke, while praising women, suggests that the altar has been taken over by women since the acceptance of altar girls. The man-like character of devotion and the sacrificial implications have been lost. Men are turned off by the priest-show, which is what the mass celebration has become. There has been a loss of manly discipline. Burke welcomes the “many strong young men who desire to serve God as priests.” “The new crop of young men are manly and confident about their identity. This is a welcome development, for there was a period of time when men who were feminized and confused about their own sexual identity had entered the priesthood; sadly some of these disordered men sexually abused minors; a terrible tragedy for which the Church mourns.” There it is. In the Gospel according to Cardinal Burke, radical feminism is responsible for the wide-spread, long-lived, largely sanctioned pedophilia in the Church. In the last decade, the U.S. Catholic Church has paid out $3 billion to victims, as public penance for these monstrosities. This is how far we have come in 500 hundred years! Cardinal Burke was exactly the kind of pompous, clerical booster who caught Argula von Grumbach’s wrath in the 16th century. Grumbach seems profoundly modern compared to the good Cardinal. If this man is holding up a mirror to the true Church, God help us!