just returned from a visit to Northern Italy with my family. We spent most of our time in Verona, the home of a childhood friend and his Italian wife. I had visited cities along the rhumb line from Milan to Venice over the years when I was editor of Bicycling magazine, primarily to meet with frame-makers such as Colnago, Cinnelli, and De Rosa, as well as components manufacturer Campagnola. I liked the story line: small custom Italian frame makers, the last of the artisans, were holding out against the generic and undifferentiated product line from Asia. From what I could tell from observing hundreds of bikes around Lake Garda in the pre-Alps, the Italian bike industry is doing just fine. Much as the cyclists annoyed drivers on the narrow roads around the lake, there was something aesthetically pleasing about this scene, but no more than observing smart women in Verona commuting to work by bike. Beauty is afoot. Venus must be close. On our return to New York, I read that Pope Francis might be considering choosing a woman as one of the next cardinals. The Holy See Press was quick to squash this rumor, adding that a woman cardinal was “theoretically possible.” Pope Francis, in his remarks about women, nuns, and the Church’s preoccupation with sexual issues, has made it clear that he understands the importance of bringing the feminine principle into the Church for theological and psychological reasons. The hierarchy is old, white and crusty and in need of Aphrodite’s influence. And she’s closer than the vicars think. In Italy, we made our pilgrimage to Venice and shouldered our way through the narrow streets, competing with the thousands of tourists offloaded from at least five cruise ships. Venice is a bazaar, and the route from the St. Lucia train station to the famous St. Mark’s Square was past the inevitable barkers selling enough trinkets to sink this delicate city. But this city is also alleys and canals and surprises, such as strains of Verdi’s La Traviata coming from the Opera House, the understated and beautiful St. Paul’s, a 9th century Russian orthodox church, and the masked parishioners appearing out of nowhere on their way to celebrate their version of the Day of the Dead, which is beginning to look a lot like Halloween. As much as possible—and guided by our knowledgeable Italian friends, we stayed away from the popular tourist watering holes, though we couldn’t help returning a few times to the bronze statue of Juliet underneath the requisite balcony that was without Romeo and lacked any particular historical license. But that didn’t matter. What began as a nod to Shakespeare’s play and an attempt to attract a few more tourists’ euros, this statue has become a shrine for lovers from around the world. Social media is populated with “selfies” of young men and women, posing with Juliet, and, as if on demand, rubbing her right breast with such passion and tenacity that the poor thing will require augmentation in the need future. At the entrance to this shrine the walls are covered with thousands of signatures, hearts, and statements of youthful undying love. The authorities made this space available to discourage tourists from attaching messages to the walls with chewing gum. Now that the tourists have run out of wall, they are attaching small locks available at a store nearby to a metal wall board. The locks carry hearts and names of lovers. My Italian friend said the “love lock” craze started after the publication of a novel Three Meters above the Sky, where this activity suggested undying and unbreakable love. During the last decade, love padlocks have been attached to bridges in Florence, Dublin, Cairo and dozens of other cities where they are increasingly seen as emblems of vandalism rather than lasting love. Perhaps so, but we probably need to recognize Aphrodite in whatever form she chooses to appear in. After a day of visiting a half a dozen churches in and around Verona, my friend asked me my impression. I said it was as if a “pandemonium of images” visited me. I didn’t mean that as an exaggeration. Verona has some of the most beautiful and oldest churches in Italy. These include: Basilica De S. Zeno, Duomo, Basilica de S. Anastasia, and the Chiesa de S. Fermo.   The Renaissance churches are active and alive, with services generally trumping the needs of tourists. But this is Italy and the churches can’t help themselves. The paintings and the frescoes offer startling imagery above the melancholy devotional chants. The statue of Jesus in the Duomo seems voluptuous; the figure almost seems pregnant. The saints are showing a little too much leg. The cherubs are just too cute. I write these words as a Catholic, a student of religious culture, and an academic with a PhD dissertation on “Aesthetics and the Religious Mind in Three Catholic Novelists: Francois Mauriac, Graham Greene, and Flannery O’Connor.” My first book of poems was That Kingdom Coming Business, about religion’s role in war. I explored this more deeply in The Archetype of the Gun, a Kindle e-book, about the religious, mythological, and psychological underpinnings of the gun debate. So I’ve wrestled with these issues for a long time. In Italy, I was reminded of the centrality of the image and that beauty cannot be outlawed by edict or canon. I am indebted to the late psychologist James Hillman and his exploration of this theme in ReVisioning Psychology, one of the most 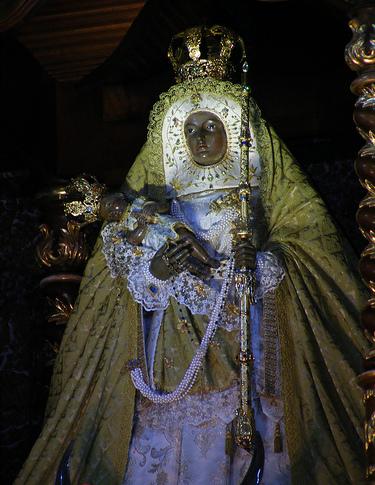 important books of this genre in the last fifty years and grounded in the Italian Renaissance. Hillman reminds us that in the middle of the sixteenth century, as a response to the Protestant Reformation, the Catholic Church “removed substance and virtue from all holy images.” Also banished were the myths, the demons, and the Gods from Olympus. Hillman notes that “Personifying was driven out of churches and into the madhouse.” But not completely in Italy where, due to cultural forces still shaped by the Renaissance, the sacred and the profane can still rest comfortably alongside one another. Hillman goes back to Marsilio Ficino, “a loveless, humpbacked, melancholy teacher” from Florence for his text because it was Ficino who wrote that soul-making, rather than being the exclusive province of the religious, was central to our imaginings, creative life and culture. Hillman takes this a little further. In ReVisioning Psychology, he defines soul as: that unknown component that makes meaning possible, turns events into experiences, is communicated in love, and has a religious concern. “By ‘soul’ I mean the imaginative possibilities in our natures, the experiencing through reflective speculation, dream, image, and fantasy—that mode that recognizes all realities as primarily symbolic or metaphorical.” In September 2007, James Hillman gave an address on the island of Capri, Italy, in Italian entitled “Aphrodite’s Justice,” a plea to invite Aphrodite into psychology; more beauty and less of the theoretical. In his invocation to Aphrodite (Greek) and Venus (Latin), Hillman reminds the Goddess of “Those who follow your train and traffic with your gifts—poets, lovers, musicians, craft persons and colorists of many tastes, and those who would make each moment in their day show a sign of Venus in manner, odor, décor, dress and speech, those who bring charm, sensuality, lightness of touch, frivolity even, and the madness of passion—have for too long been relegated in our civilization to a lesser, trivial place, neither serious nor moral.” It is not surprising that Hillman, beloved in Italy, gave this presentation there. The sensuousness he describes is part of the fabric of Italian life, often found in the small and the obscure. Outside the medieval church, Pieve di San Giorgio, north of Verona, were located a stack of granite boulders from a Roman ruins—ancient Rome asserts itself everywhere in the region. Tucked in the side of this construction was a black, somewhat abstract rendition of the Madonna and Child about the size of man’s hand. It was not under lock-and-key; it wasn’t secured in any way. Just there, as it were, in hiding in plain view. The Lady is everywhere.