or a good bit of my adult life I have occupied that inhospitable—and often dangerous—zone between religion and psychology. I grew up in London as Irish Catholic in a sea of Protestant churches. The religious wars were over by then and the local Anglican boys occasionally chased us on our way to Sunday Mass, tossing a few stones in our direction. I was pleasantly surprised to learn that the Bishop of Canterbury was planning to issue an apology to Catholics for burning so many of them at the stake during the Reformation. Similarly, recent Popes have apologized for the church’s rabid anti-Semitism over the centuries.

I wrote my PhD dissertation about religion and the aesthetic mind, an exploration of the psychology of Maria and the Cross in Graham Greene and other so-called Catholic writers. My dissertation would have been improved by a more thorough understanding of psychologist Carl Jung and his views on the psychology of Christianity. Writing about the Virgin Mary and sex in the same breath, even when done with great piety, can ruffle feathers. My Virgin Mary poetry written for graduate school cash was positively sinful.

For my soon-to-be-published novel (www.chantingthefeminedown.com) I took a few walks, Jung in hand, back through the history of Christianity, attending the various councils over the centuries, listening to the ponderous weight of doctrine often applied at the point of a sword and looking for hints of the feminine in this very male universe. I saw glimpses of her in the shadows, on the lips of the devout and in the punishing anthems of the religious males who wandered in the desert in the early days of Christianity certain of God in their hearts. This is archetypal territory I was wandering in, full of unconscious stuff released by the miraculous birth of the New Adam. This stuff would require containers, symbols and belief systems to hold such remarkable millennial energies. There would be joy and there would be repression.

I was thinking about my romp through church history when reflecting on the astounding Women’s March in Washington DC and events around the country and world. My first reaction was: look at the vast crowds and all that energy. My second thought was these marches seemed also to represent forces beyond the issues of the day. Jung would call them archetypal forces which constellate during particularly difficult times or periods of upheaval. These archetypal forces reside in the personal and collective unconscious, in symbols, images, and mythic figures, and come to the surface in revelries, dreams and nightmares. The Trump campaign and the first days of his presidency are more than enough to trigger these psychological responses. His blather about loving women is undercut by his words and deeds. He is an autocrat of the body and soul.

In the spirit of these marches I picked up a copy of “The Feminine Dimension of the Divine: A Study of Feminine Images in Religion” by Joan Chamberlain Engelsman and available from Chiron Publications or on Amazon. Written a generation ago, it is still well-worth reading because the author’s arguments seem so timely given the present political angst. Engelsman asks the fundamental questions that are still hanging fire. Can Christians access the feminine dimension of the divine and is there a female face of God? She reminds us that although Eastern and Orthodox “traditions have always honored the image of Sophia, allowing her to play a role in their understanding of Christianity, philosophical and systematic theologians from the European and American Protestant traditions turn their attention to the second part of the question, insisting that orthodoxy demands an absence of the feminine.” She adds “For this reason, both Sophia and the Virgin Mary were excised from their piety, and a heavily patriarchal interpretation of Christianity, focusing almost entirely on the Father-Son relationship, became normative.” 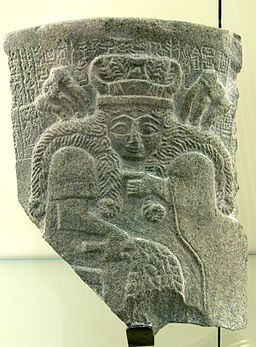 Engelsman writes that this lack of attention to the feminine in divinity raises profound psychological questions and, even though psychotherapists have been raising this issue for generations, “theologians have avoided comment on either the absence of the feminine in the Judeo-Christian tradition or the distortions of the feminine which do appear.” Engelsman cites Carl Jung in this context: Jung “appears to believe that if the feminine is not restored to its archetypal place in Western religion the results might be catastrophic.”

I don’t know of any psychologist who has gone to such great lengths as Carl Jung to put Christianity on the couch and suggest ways that the patient could heal himself. He lost more than a few friends inside and outside of the clergy for having the audacity to undertake such a task, as if it was outside Jung’s domain. Throughout his Collected Works, including “Symbols of Transformation,” Jung approached Christianity from an archetypal point-of-view, reminding us that key Christian symbols, including the Trinity, the Virgin Mary and the Christ figure, can be seen echoed in Babylonian, Egyptian, and Greek traditions. For Jung an archetype was believed always, by everyone, everywhere.

In his “Jung’s Treatment of Christianity,” available at Chiron Publications, psychologist Murray Stein wades through this tricky space between religion and psychology with grace and authority. Stein pays particular attention to Jung’s focus on the Trinity and how this doctrine and symbolic structure, influenced by the mathematical precision of the Greeks, while once offering a saving, healing and wholesome effect, has lost meaning for the common believer and even for Church teachers.

Stein reminds us that Jung is writing about the therapeutic effect of religion and religious symbols to heal the souls of the modern men and women. From a psychological perspective the Trinity has become unconscious. Therefore, a “psychological reconstruction and interpretation that honors this doctrine’s archetypal foundation and understands its symbolic language is required if this symbol of wholeness is to function again.” Jung seemed prescient when writing that the loss “of a convincing God-image results in a dangerous vulnerability of the modern person to –isms that promise, and offer visions, of wholeness.”

Jung raised an obvious question: why did a highly differentiated religion like Christianity revert to the archaic triad in order to construct its Trinitarian God-image? “Why did Christianity conceive of God as Three and not as Four?” According to Stein, Jung argued that “the doctrine of the Trinity was formulated during a period in western cultural history when the further development of consciousness required the repression of the ‘fourth’—the Old Adam, instinctual nature, egoistic assertion and striving. Christianity therefore elaborated a symbol that was of partial psychological wholeness but was required to be so for developmental reasons. Christianity’s partial or incomplete God-symbol, the Trinity, is therefore a residue of an earlier developmental stage in Western culture when the requirements for further psychological development were such that the repression of the fourth element was needed for the sake of other psychological gains. These gains would include the strengthening of the altruistic and spiritual side of human nature.”

And such developments had profound social and cultural benefits. Jung credits the great scientific triumphs of the West to this symbol formation, but the shadow side of these developments is a split in the human psyche. Stein writes that here Jung is serving as a psychological doctor whose responsibility is to recognize and interpret the symbols that help the synthesis of conscious and unconscious aspects of the self.

Jung’s answer to the symbolic limitation of the Trinity was the quaternity, an archetype that found expression in ancient times in primitive modes of ritual action and symbolization. The quaternity implies completion rather than the Christian perfection. This archetype takes into consideration all four psychological functions: thinking, feeling, sensation and intuition. Jung focused on the feminine and wrote that he thought the doctrine of the Assumption of Mary was an effort by the Catholic Church to move away from the pure spiritual and masculine. He called this doctrine promulgated in 1950 the most important religious event since the Reformation. The good man was likely a bit optimistic.

Stein writes that the “quaternitarian doctrine of God not only represents the resolution of conflict between good and evil within Christianity, but also includes the natural world within the doctrine of God. Whereas the Trinitarian conception of God keeps Him ‘off the ground’ and up in the realm of the spirit, and abandoning nature, matter, the feminine, and the world as worthless and draining these aspects of existence of all ultimate meaning and value, the quaternarian conception locates God also in this world and in nature.”

In this new doctrinal world, the masculine, spiritual Trinity would be joined by a feminine physical figure. Father and Mother would be united in equal symbolic terms. In Jung’s view, for Christianity to survive it must be symbolical and psychological. Jung remained hopeful until his death that a new religious event would heal the split in the Christian psyche.

While Stein sees promise in an increased number of women clergy in some denominations and in the spirit of ecumenism between religion, he thinks changing a central symbol of Christianity in place for 2,000 years will take time and patience.

During my researching for “Chanting the Feminine Down,” I did extensive research on the organizations dedicated to women priests. One group, Roman Catholic Women Priests, is a vibrant example of women in the U.S. and around the world who are no longer asking permission from Rome to be priests and to minister to Catholics. The women priests acknowledge they have challenged and broken Canon Law 1024, which that states only baptized males can be ordained priests. The organization considers this an unjust law that discriminates against women. “Despite what some bishops may lead the faithful to believe, our ordinations are valid because we are ordained in apostolic succession within the Roman Catholic Church.”

This is a relatively new movement, beginning in 2002 in Germany on the Danube River with the ordination of seven women by male Roman Catholic bishops. There are about two hundred women priests throughout the world, with most in America. They perform all duties their male counterparts engage in: say Mass, perform weddings, baptisms and funerals.

Carl Jung probably would not be surprised by this grassroots development that seems prayerful, defiant and archetypal. Roman Catholic Women Priests is an organization that appears to fill the urgent psychological need of locating the feminine in a patriarchal church. As Jung notes, there can be no wholeness if the feminine is suppressed and repressed.

The current Time magazine cover story, “The Resistance Rises,” with a photo of the infamous pink “pussy hat” from the Washington DC Women’s March and the courageous efforts by the Roman Catholic Women Priests are separate sides of the same coin. The calls from both groups are archetypal and psychological, a demand for equality for women in all things.

Ms. Engelsman concludes “The Feminine Dimension of the Divine” by summarizing the benefits of a female God-image. She writes that our dependence on the image of the divine as male, particularly as a male parent, “may have stifled our faith and limited our experience of God. At worst it may have become a form of idolatry created by mature men who have made God in their image. When the ‘ikon’ of God as father is replaced by a multiplicity of images, including the feminine, Christianity may undergo a rebirth which might expand, rather than diminish, its appeal.”

An image of god that contains both the masculine and the feminine would dramatize the “intrasexual” harmony of the divine, something human beings could emulate in their own interpersonal relationships.

I can hear a chorus somewhere singing Amen to that.